Background
Aspartame is one of the most commonly consumed artificial sweeteners that is widely used in foodstuffs. There are many debatable reports about aspartame toxicity in different tissues; however, on the subject of its effects on the reproductive system, few literatures are available. The present study was carried out for evaluating effects of aspartame on the reproductive system in male mice.
Materials and Methods
In this experimental study, a total of 36 adult male mice were randomly divided into four groups of nine animals each. Three groups received aspartame at doses of 40, 80 and 160 mg/kg (gavage) for 90 days; also, a control group was considered. Twenty-four hours after the last treatment, animals were sacrificed. Then, body and testis weights, sperm parameters, serum testosterone concentration, total antioxidant capacity, and malondialdehyde (MDA) levels, antioxidant enzymes [superoxide dismutase (SOD), catalase (CAT) and glutathione peroxidase (GSH-Px)] activities in blood, histomorphometrical indices and histochemical changes in testis were evaluated; also, mRNA and immunohistochemical expression of Hsp70-2 was measured in testis tissue.
Results
The results revealed remarkable differences in sperm parameters, testosterone and oxidative stress biomarkers levels, and histomorphometrical indices, between the control and treatment groups. Also, in 80 and 160 mg/kg aspartametreated groups, expression of Hsp70-2 was decreased. Besides, in the aspartame receiving groups, some histochemical changes in testicular tissue were observed.
Conclusion
The findings of the present study elucidated that long-term consumption of aspartame resulted in reproductive damages in male mice through induction of oxidative stress. 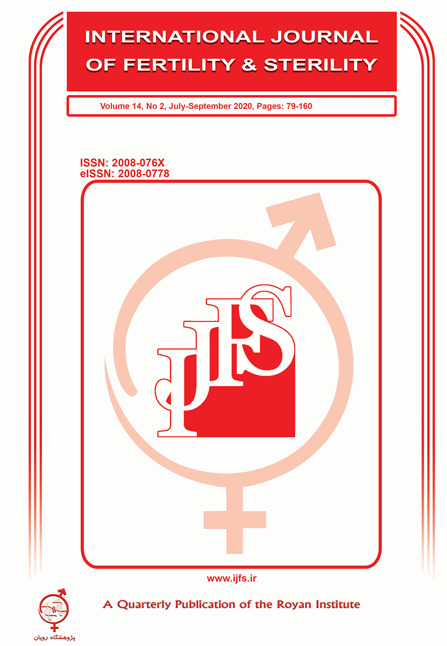