Background: In many countries, 1 to 3% of newborn infants are conceived by assisted reproductive techniques (ART). Despite the success of ART, there is concern about the risk of congenital malformations among these infants. We report our experience to determine whether use of ART is associated with an increase in major congenital malformations or adverse pregnancy outcomes. Materials and Methods: Historical cohort study of major congenital malformations (MCM) was performed in 978 births from January 2008 to December 2010. The data for this analysis were derived from a Tehran’s ART linked data file by simple sampling method. In our study, the risk of congenital malformations was compared in 326 ART infants and 652 naturally conceived (NC) infants. We also performed multiple logistic regression analyses to calculate the odds ratio (OR) and 95% confidence intervals (CI) for the independent association of ART on each outcome. Results: We found 56 infants with major congenital malformations, these included 29 NC infants (4.4%) and 27 ART infants (8.3%). In comparison with NC infants, ART infants had a significant 1.94-fold increased risk of MCM.After adjustment for maternal age, infant’s sex stillbirth, abortion and type of delivery, we found a relatively small difference in risk (OR=2.04). In this study the majority (94.3%) of all infants were normal but 5.7% of infants had at least one MCM. The prevalence rate for the intracytoplasmic sperm injection (ICSI) was 6.5% for the In vitro fertilisation (IVF) group was 15.9% or 2.73-fold higher than ICSI group (P=0.018). Also we ignore the possible role of genotype and other unknown factors in causing more malformations in ART infants. Conclusion: Other studies have shown a slightly increased risk of major congenital malformations in pregnancies resulting from ART. Likewise, this study reports a greater risk of MCMs in ART infants than in naturally conceived infants. We also found evidence of a difference in risk of MCMs between IVF and ICSI. Musculoskeletal and urogenital malformations were the most reported MCMs in ART infants according to organs and systems classification. 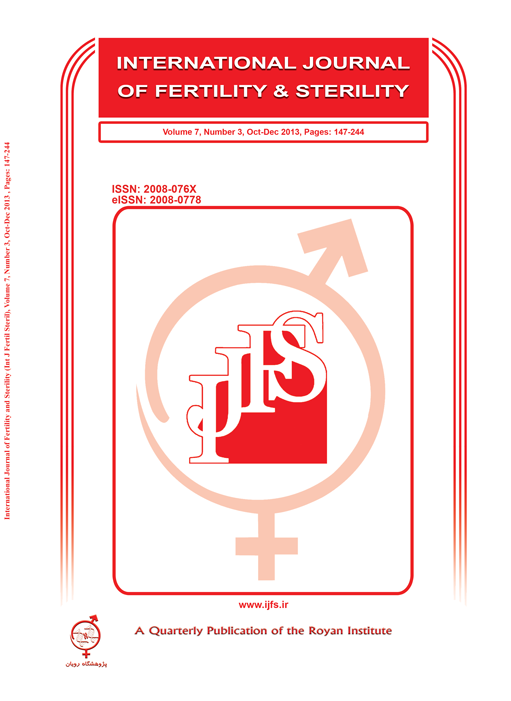