Angiogenesis is identified as new capillaries being formed from pre-existing blood vessels. This phenomenon involves the interaction of some of the closely synchronized molecules including vascular endothelial growth factor (VEGF) (1, 2). VEGF, as a kind of mitogen, is a major promoter of angiogenesis in pathological and physiological settings, and is also considered as a survival factor for endothelial cells (3). Furthermore, through vascular leakage and mobilizing leukocytes, VEGF, as a strong vascular permeability factor, promotes inflammatory process (4, 5).

Endometriosis is known as one of the most common disease in women of reproductive age. Despite the current controversy regarding the pathophysiology of this disease (6), Sampson’s theory explains the existence of endometrial cells in the peritoneal cavity by retrograde menstruation. Several factors, such as increased of inflammatory activity in the peritoneal fluid (PF), angiogenesis and up-regulating of pro-inflammatory cytokines may facilitate the pathogenesis of endometriosis, which is assumed to be a complex process (7, 8).

Most of published data related to VEGF variation in endometriosis were obtained from small sample size patients, and accordingly, we attempted to consider this inconsistency in a large number of patients referred to a clinic during three years. Therefore, we measured the level of VEGF in serum and in PF of endometriosis patients and compared with normal subjects.

This descriptive study was approved by Ethical Committee of Isfahan University of Medical Sciences. During years 2009-2011, a total of 392 patients subjected to laparoscopy for the evaluation of infertility or pelvic pain at the Isfahan Fertility and Infertility Center were considered. The medical record of each patient was exactly reviewed by an expert gynecologist in order to exclude those patients with hypertension, coronary arterial diseases, diabetes, renal diseases, active pelvic inflammatory disease or polycystic ovarian syndrome. Finally, 179 patients were assigned for this study. This sample size was selected based on our pilot study. After laparoscopy, the patients were allocated into the following two groups: group I: different types of endometriosis patients (n=90) and group II: non-endometriosis patients (n=89). The official informed consent was obtained for all subjects.

Collection of serum and peritoneal fluid

The average age of groups I and II are 28.9 (range: 19-44) and 30.2 (range: 24-42), respectively, while there was no statistically significant difference between two groups. In this study, 166 women were in proliferative phase, and 13 women were in secretory phase. The obtained data for VEGF level in serum and in PF from group I (the patients with endometriosis) and group 2 (control) are demonstrated in figure 1. The VEGF level in serum was significantly less than that in PF in both groups (p=0.00). However no significant difference in serum level of VEGF was detected between the two groups, but the result indicates that group I had significantly higher level of VEGF in peritoneal fluid in comparison to group II (p=0.043).

The VEGF level in serum and peritoneal fluid from the patients with endometriosis (group I) and control subjects (group II).

Endometriosis, as a gynecologic disease, has been subjected to many research in order to find the exact cause of infertility related to this disorder (2, 6-8, 11, 14, 18, 19, 24, 25). The main objective of this study was to compare the serum and peritoneal levels of VEGF in endometriosis patients and control subjects. We found that the level of VEGF in PF were higher than that in serum in both groups. In addition, the peritoneal level of VEGF in endometriosis was increased significantly when compared with control group.

In some studies, the serum level of VEGF in endometriosis was reported differently compared to our obtained result. Their findings showed higher levels of VEGF in the serum of patients with endometriosis compared to specific control group (9, 10); in addition, no significant difference was detected in endometriosis patients in the luteal phase (which may affect the variation of VEGF) with different control group undergoing surgery for several different indications (tubal ligation, hysterectomy or diagnostic laparoscopy) (16). In other study, the VEGF level in patients in different phases of the menstrual cycle was compared with false-positive cases (patients who were suspected to have endometriosis), and no statistically difference was detected even when the phase of the cycle was taken into account (12). One of the advantages of our data was the specific control group consisting of infertile women with no evidence of endometriosis in their laparoscopic examination. It seems that this control group was more reliable to compare with endometriosis patients. Similar to the other study (12, 16), we also included all stages of endometriosis in our study group (group I).

Also, VEGF is one of those molecules attributed to the growth and maintenance of angiogenesis (4, 12, 22, 26, 33) and vascular permeability (10, 12, 33). Accordingly, it can be a main factor in physiologic angiogenesis in endometrium (9, 28). It has been shown higher angiogenic activity of PF in woman suffering from endometriosis in comparison to those not suffering from this disease (11). It was observed that there is an increase in angiogenesis around the peritoneal explants, followed by an increase in angiogenic activity in the PF of endometriosis women (11, 34). Vascularization within and around the tissue have been pronounced by active endometriotic explants, caused by the process of angiogenesis (35). Surprisingly, both peritoneal macrophages and deep endometriotic lesions produce VEGF in large amounts in PF (36). Therefore, the ability of endometriosis lesions in producing VEGF is another reason for an increase in PF level in endometriosis women (30).

According to our data, it seems that angiogenic activity may increase by the elevated level of VEGF in the PF of endometriosis patients. This elevated level of VEGF possibly promotes neovascularization within the peritoneal environment. It seems, this disease is only associated with pelvic inflammation, while is not related to the change of VEGF level in circulation. 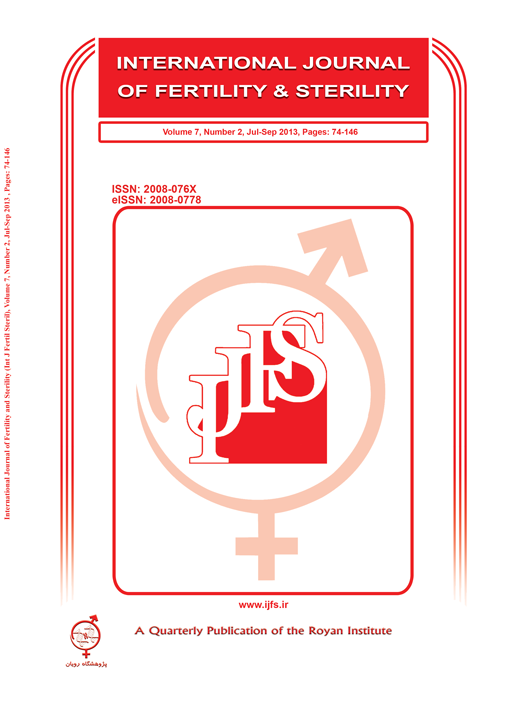