Toxoplasma Serology Status and Risk of Miscarriage, A Case-Control Study among Women with A History of Spontaneous Abortion

Background
Toxoplasma gondii is one of the major causes of abortion in pregnant women. Most cases of abortion occur in the acute phase of infection and early pregnancy. The purpose of this study was to investigate the association between spontaneous abortion and seropositive status of toxoplasmosis in women with first-time spontaneous abor- tion.
Materials and Methods
This research is a case-control study on 240 serum samples from women experiencing spon- taneous abortion for the first time as the case group, and 240 serum samples from women who had a normal delivery with no history of abortion as the control group. The level of anti-Toxoplasma gondii IgM and IgG antibodies were assessed in serum samples using ELISA. To separate the acute and chronic infections, all IgM-positive samples in both groups and IgG-positive samples of the case group were examined using IgG avidity.
Results
The Toxoplasma IgM antibody was detected in 3.3% (8/240) of the case group and 0.4% (1/240) of the con- trol group, which was a statistically significant difference between the two groups [P=0.019, odds ratio (OR)=10.266]. Of all samples 47.5% and 46.3% of the case and control groups were positive for Toxoplasma IgG antibody, respec- tively. Seven out of 8 (87.5%) IgM-positive serum samples from the case group had low IgG avidity, indicating acute infections, whereas all IgG-positive sera and 1 IgM-positive serum, which was related to the control group, showed a high IgG avidity, indicating chronic infections.
Conclusion
Maternal acute toxoplasmosis during pregnancy is raised as one of the factors that increase the chance of spontaneous abortion. The necessary health training, especially on the parasite transmission ways to women before marriage, as well as the serological test in women before and during pregnancy is recommended. Polymerase chain reaction (PCR) and IgG avidity assays should be performed in the medical diagnostic laboratories for accurate distin- guishing of the initial infection of toxoplasmosis in the pregnant women. 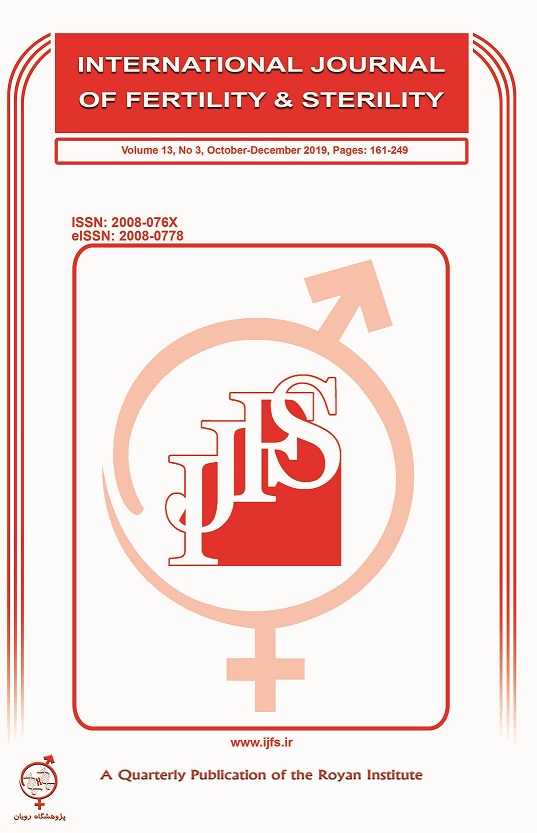