Selection of Sperm Based on Hypo-Osmotic Swelling May Improve ICSI Outcome: A Preliminary Prospective Clinical Trial

Background
The intra-cytoplasmic sperm injection (ICSI) technique selects sperm according to morphology and motility. However, these parameters cannot predict the chromatin integrity of sperm. Considering the detrimental effects of DNA-damaged sperm on reproductive outcomes, novel sperm selection procedures have been proposed to circumvent the possibility of inseminating DNA-damaged sperm. It has been shown that different potential hypo-osmotic swelling test (HOST) patterns possess the potential to differentiate between sperm that have intact or damaged chromatin. Therefore, for the first time, this preliminary study evaluates the role of HOST as a sperm selection procedure in a clinical setting.
Materials and Methods
In this preliminary prospective clinical trial study, we divided infertile couples diagnosed with male infertility into two groups. In the treatment group (n=39), half of the oocytes were inseminated by sperm selected following density gradient centrifugation (DGC group). The remaining oocytes from the treatment group were inseminated by sperm chosen according to HOST pattern (c, d or e) following DGC processing (HOST group). In the control group (n=63), all oocytes were inseminated by sperm chosen after DGC.
Results
There was a significantly higher percentage of embryos that had good quality, implantation, and chemical pregnancy rates in the HOST group compared to the DGC group (p≤0.05).
Conclusion
: This study has shown that selecting sperm according to membrane functionality (HOST pattern) rather morphology and viability may open a new window in our approach for determining the appropriate sperm for ICSI, particularly in individuals with severe male infertility (Registration Number: IRCT201307087223N2). 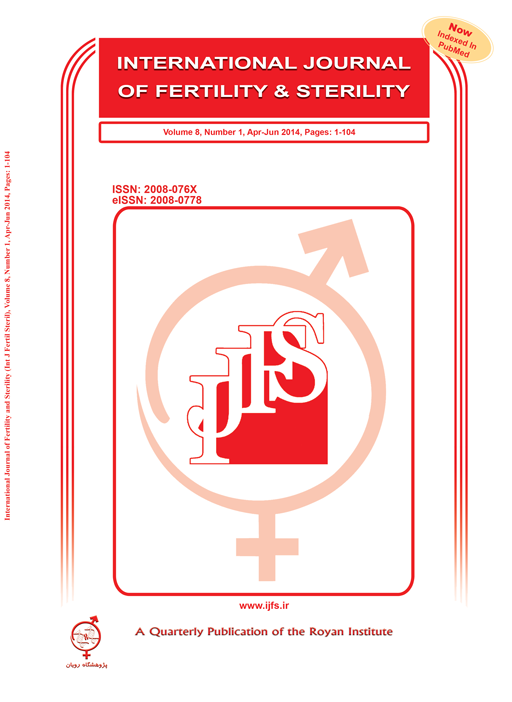