Background
Psychological stress has a profound effect on infertility and its treatment. The aim of this study was to develop a specific scale to determine distress levels among Iranian infertile women.
Materials and Methods
In this cross-sectional study the samples included 300 women (145 fertile and 155 infertile) who completed the Infertility Distress Scale (IDS) form. Data was analysed using correlation method and main component analysis.
Results
These results show that all 21 items had a high correlation with the overall scale. Cronbach’s alpha value was 0.91 for the entire list. Factor analysis results with 5 element extraction could identify 88% of overall variance with a special value higher than 1.
Conclusion
According to results, the IDS questionnaire has enough admissibility and va- lidity in the measurement of the infertility distress scale in Iranian infertile women. 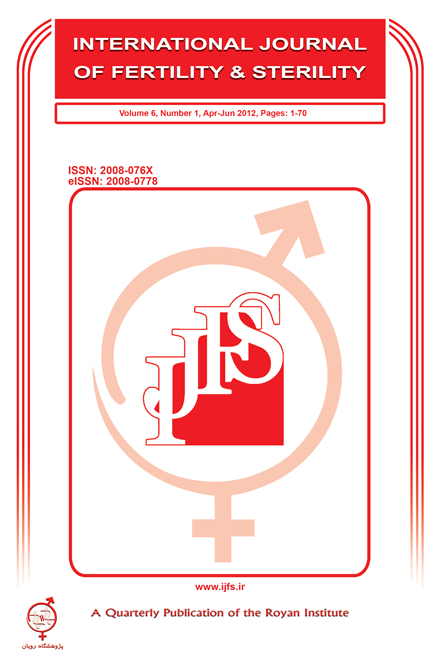