Background
The relationship between cyclic status of cattle ovaries on in vitro embryo development up to the blastocyst stage was investigated.
Materials and Methods
Cattle ovaries were collected immediately after slaughter and divided into three categories based on their cyclic status, which included: 1. the presence of a large follicle (LF), 2. the presence of a corpus luteum (CL) and 3. ovaries without LF or CL (WLCF). Oocytes of these ovaries were obtained and used for in vitro maturation and fertilization. Presumptive zygotes were then cultured up to the blastocyst stage in synthetic oviductal fluid culture medium.
Results
There were no significant differences between cleavage rates of the three groups. The rate of embryos in the compact morula stage for the CL group was 48.2% which was significantly higher than the related rate of the LF group (36.6%), but non-significantly higher than that of the ST group (45.7%). The highest blastocyst rate belonged to the CL group (54.6%) which was significantly greater than the WLCF group (32.9%) and non-significantly higher than the LF group (52.4%). There was no significant difference in blastocyst rates in the CL and LF groups.
Conclusion
Preselection of oocyte donor ovaries containing a CL or LF can be used as a feasible and non- invasive criterion to obtain the most competent oocytes capable of development to the blastocyst stage. 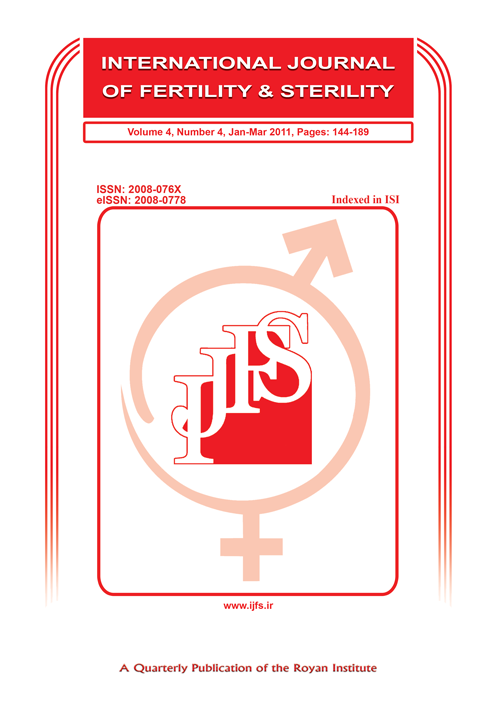